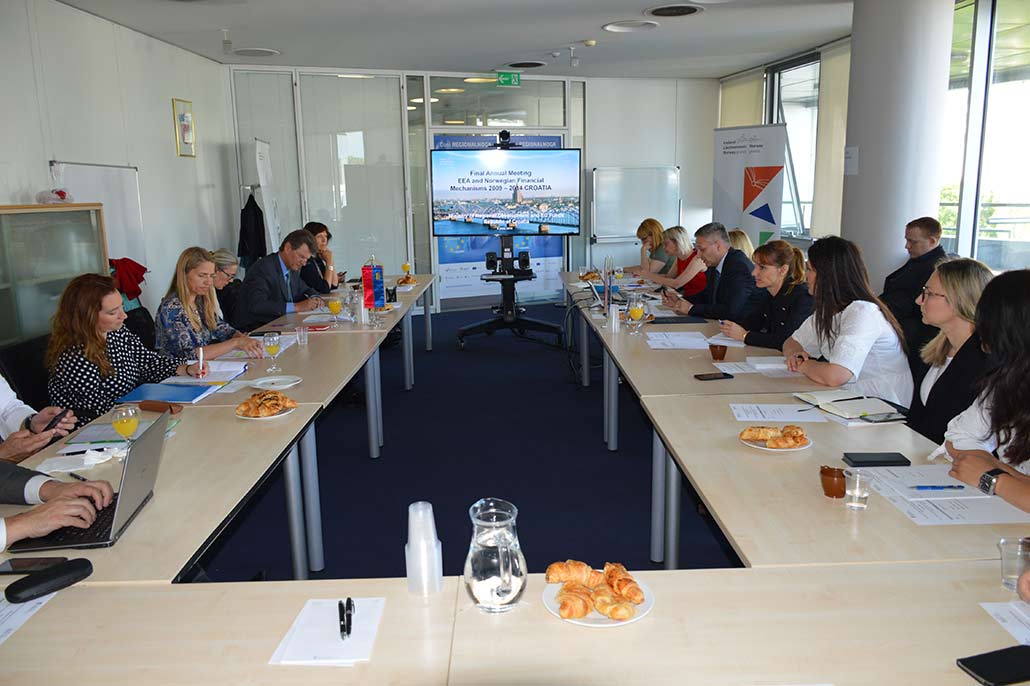 The final meeting of the EEA and Norwegian Financial Mechanism 2009-2014 took place on the 4th of June 2019 at The Ministry of Regional Development and EU Funds, Croatia. The event was aimed at assessing the completed 2009-2014 programme period and the project results. The Grants represent the contribution of Norway, Iceland and Liechtenstein to reducing economic and social disparities, and strengthening cooperation with 15 EU countries.

The Annual Meeting was attended by the representatives from the donor states (Norway, Liechtenstein, Iceland), representatives of the Financial Mechanisms Office, National Focal Point and the Audit Authority.

As part of the Norway and EEA Grants operated a separate Bilateral Fund with allocation of 516 thousand euros under which 12 activities have been successfully carried out aimed at enhancing relations between Croatia and Donor States partners with a view to exchanging international experiences, sharing and transferring knowledge and good practices to strengthen the capacity and effectiveness.

All programmes which were implemented in Croatia within the EEA and the Norwegian Financial Mechanism 2009-2014 contributed to the achievement of the main objectives of the Grants.